I eat instant ramen and I won’t hesitate to admit it. In high school I dabbled briefly in the snack food fad that was: uncooked Top Ramen noodles crunched up in the package and sprinkled with the provided seasoning dust. I don’t have a defense for my juvenile lapse in good sense besides it honestly tastes pretty good.

Through the lean times and the abundant, I have always eaten ramen. I’ve had the pleasure of eating legitimate ramen many times and as a result, I’ve refined my home ramen making techniques to meet my heightened expectations. In a pinch, instant ramen noodles can be quickly finessed and improved with the addition of a few seasonings–in this case substituting the provided seasonings completely–and various prepared toppings.

Last night I thawed two locally sourced salmon steaks, massaged them with sesame oil, and sprinkled them with black pepper. Then I poached the salmon steaks skin side down atop a layer of green onions in a mixture of water, mirin, and tamari, and seasoned the liquid with sliced white onion, sliced shallots, more green onion, black peppercorns, garlic, lemongrass, ginger root, raw jalapeño and some seaweed.

I poached the salmon over low heat in a large pan covered with a glass lid–occasionally lifting the lid to spoon the liquid over the salmon. This allowed the salmon to cook slowly, gently releasing fat and flavor into the poaching liquid. Next I set the cooked salmon aside to keep warm on a plate, covered, and set the pan of poaching liquid aside while I boiled the noodles in a medium-sized pot.

Once cooked, I drained the boiled noodles and set them aside in a large bowl of cool water while finishing the broth.

I strained the poaching liquid into the pot I used to boil the noodles and added more water, then seasoned it further with more tamari, mirin, sesame oil, red miso paste, fish sauce, and fermented red chili paste. I brought the broth up to a boil before immediately turning the heat down to low and simmering 5 minutes.

I drained and placed a serving of noodles in the bottom of a soup bowl, ladled the hot broth generously over the cooked noodles, then topped it with large flakes of warm poached salmon, half-boiled ajitama egg made earlier in the day, fresh scallions, a couple of roasted garlic cloves, and a sprinkling of toasted sesame seeds.

While it might not be entirely traditional, this bowl of ramen was complex and satisfying; a damn fine interpretation using things I had on hand. 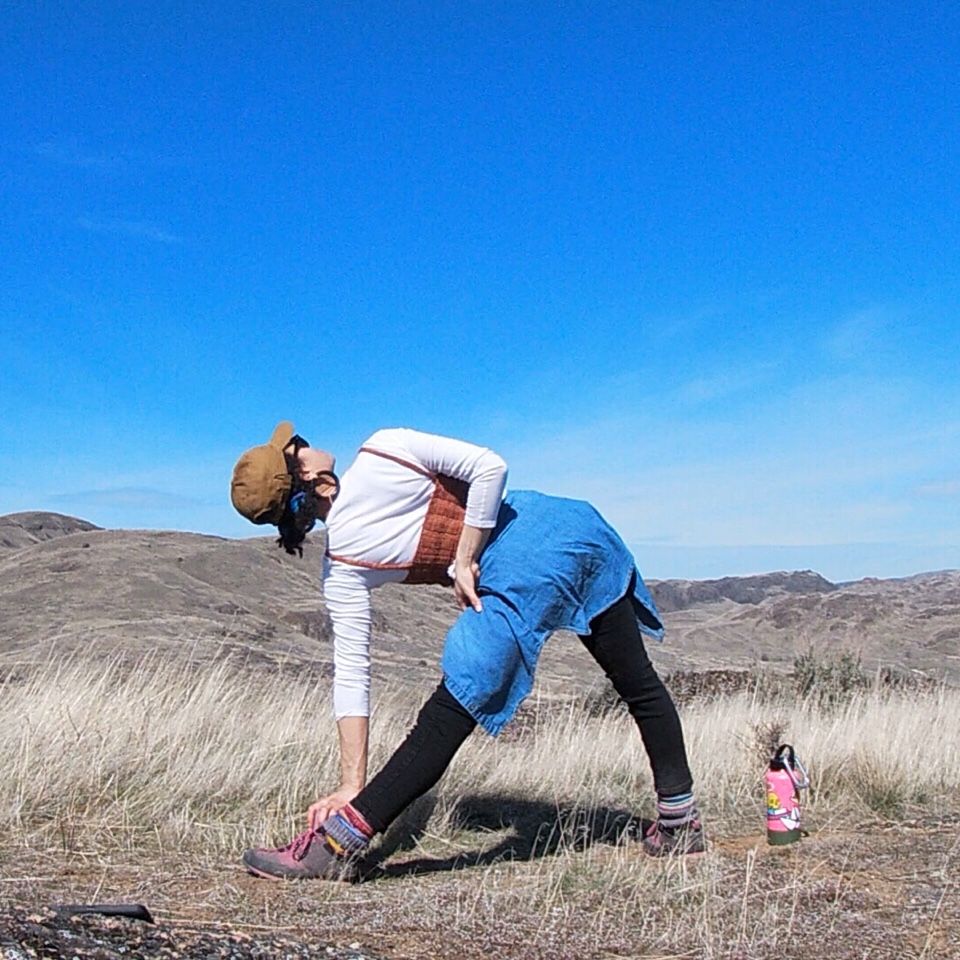